Music so good it will make you sick!

You can scroll the shelf using ← and → keys

Today I present you with a mellow, head-bobbing tune with some echo-y vocals. Jupiter One is an indie-rock band from Brooklyn formed in 2007, and they also toured with Regina Spektor once. This song was released on their second album “Sunshower” released in 2009, and is my favorite from the album. I think the greatest part about this song is the descending bass line (of course accompanied by claps–can’t go wrong with claps). Dat bass line, man. I love it. So you should too. Take a listen!! 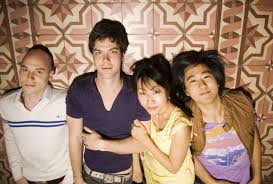